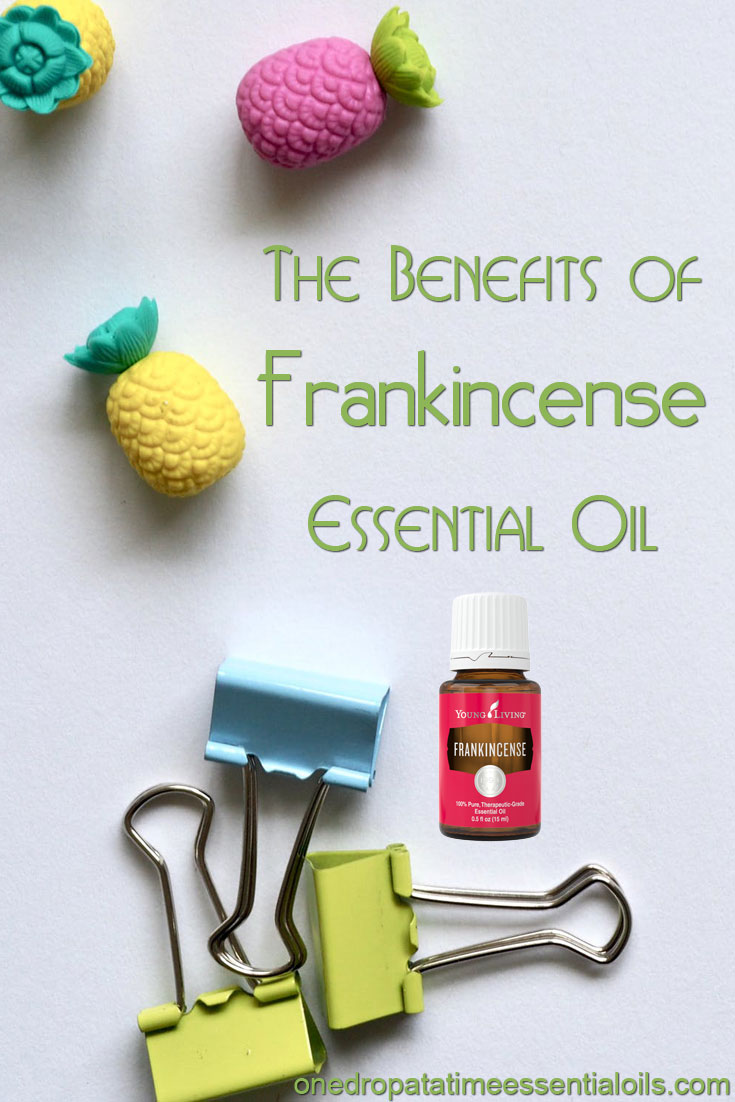 “The Lord said to Moses, “Take sweet spices, stacte, and onycha, and galbanum, sweet spices with pure frankincense (of each shall there be an equal part),” Exodus 30:34 ESV

Frankincense (Boswellia carterl=ii) essential oil is one of Young Living‘s single oil blends and can be purchased in the “Twelve Oils of Ancient Scripture Kit“ or as an individual essential oil.  It derives from the Middle East and for thousands of years used in religious ceremonies as an anointing oil.  Frankincense essential oil promotes healthy skin, aids in boosting the immunity system, and promotes scar healing.  It has an earthy, balsamic scent.

It’s botanical family is Burseraceae and it’s plant origin is Somalia/Yemen.  The method used for extraction is Steamed distilled from gum/resin.  It’s ORAC value is 630 µTE/100g.

“Also known as “olibanum,” the name frankincense is derived from the Medieval French word for “real incense.” Frankincense is considered the “holy anointing oil” in the Middle East and has been used in religious ceremonies for thousands of years.  It was well known during the time of Christ for its anointing and healing powers and was one of the gifts given to Christ at His birth.  “Used to treat every conceivable ill known to man,” frankincense was valued more than gold during ancient times, and only those with great wealth and abundance possessed it.  It is mentioned in one of the oldest known medical records, Ebers Papyrus (dating from 16th century BC), an ancient Egyptian list of 877 prescriptions and recipes.” (Young 101)

It can be diffused, directly inhaled, dietary supplement, or for a topical application.

In the Bible, Frankincense oil was one of the principal spices of the holy anointing oil discussed in Exodus 30:34 and “frankincense” is referenced 21 times in the Bible: